How To Solve The Biggest Truck Issues? | Cash Your Car Sydney 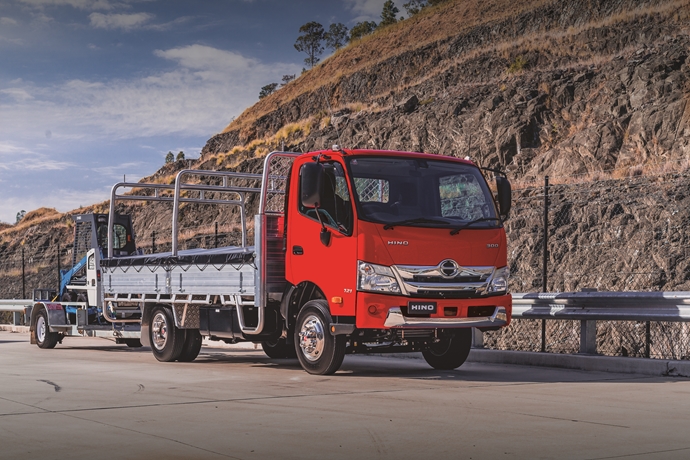 Truck drivers have sat by the side of the road or in a parking lot at some point in their careers, unsure why their truck isn’t functioning properly. However, regardless of the cause of the truck issues, the costs of towing, repairs, and downtime can soon add up. It’s also aggravating for the drivers, who must rearrange their schedules while dealing with the stress of a broken-down truck.

Unfortunately, truck troubles are an unavoidable part of the transportation industry. And the longer your truck is out of commission due to that issue, the more money you lose. Whether you’re a regular truck driver, a contract trucker, or a fleet manager, you’re certainly well aware that any vehicle will eventually have mechanical or electrical issues. Fortunately, many of these truck issues are repairable or can be avoided or at least alleviated with proper maintenance. Let’s have a look at some of the biggest problems with trucks and ways to fix them.

Engine Overheating Is Among The Most Common Truck Issues

An overheating engine can result in a slew of negative effects for both drivers and operators. A blown gasket or an issue with the gasoline tank could be the source of the problem. Regardless, if the problem is not addressed, it might lead to engine failure over time. Overheating is a common problem, and it can be caused by anything from a leak in the coolant line to a burst gasket.

In case of an engine overheat, as soon as you can, pull over to the side of the road, park your truck, and turn off the engine. Allow your automobile to cool for at least 10 minutes. Allow the heat to escape rapidly by opening the hood of your truck. Turn the ignition to the first position (don’t start the engine) once your automobile has cooled down. Try starting the engine if the temperature gauge is within acceptable limits and the engine fluid levels are enough. If the engine makes strange noises or refuses to start, it’s best to be safe and call for roadside assistance to have your vehicle towed. A mechanic will be able to inspect it and make the necessary repairs as a result of this.

Tire-related issues are responsible for more than half of all roadside breakdowns. The tires are under-inflated in many of these cases, causing the tire to bend and heat up. When a tire becomes overheated, the rubber begins to weaken and finally explode. Uneven tire tread wear can be caused by a misaligned or damaged suspension, resulting in poor ride quality and a greater chance of flats. Tires are susceptible to harm from the road itself, in addition to tire pressure and tread degradation like when you hit a pothole while driving fast. You can face tire-related issues if the tires are overinflated or underinflated, if the vehicle is out of alignment or if the wheels are bent.

There are a few things you should do to avoid these tire-related truck issues. First, drive carefully around potholes and curbs. When crossing a curb or driving on a road that has been damaged, drive gently. Don’t go too fast. Also, fill the tires with the proper air pressure. Don’t try to make them work better by overfilling them; this always backfires. Tire pressure should be checked at least once a month, but preferably once a week. Finally, visit an auto repair shop if you feel your truck is out of alignment. If your truck lists to one side when driving, this could be a sign that it isn’t properly aligned.

The braking system is unarguably the most common repair on a modern-day truck. Braking systems are more susceptible to fluid or air leaks due to greater cargoes putting tremendous pressure on the brakes. Corrosion and contamination from dirt or moisture can also cause brake components to wear out or malfunction more quickly. These can eventually lead to complete brake failure, resulting in major traffic accidents if not managed properly. Even while many brake parts are designed to wear out over time, good maintenance and driving habits can help them last longer.

Listening to your vehicle and performing preventative maintenance are the greatest ways to avoid brake failure. It’s not a good idea to “ride” your brakes. Apply mild pressure on the brakes before releasing them to allow them to cool. When you ride the brakes, they overheat and create hot spots.

Starter failure appears to be a problem that is becoming increasingly common, especially in colder conditions. The starter mechanism should be inspected at the start of the winter season in order to assess future performance. The operator will usually be the first to notice obvious indicators of a starting trouble. In essence, this truck issue will manifest as an ignition issue. Unnecessary components should be turned off during the motor start phase (such as radios).

In many cases, the issue is caused by a loose or corroded battery connection or a damaged battery, which can be resolved by replacing the affected component. However, in certain cases, the issue is with the starter parts, such as worn brushes, broken armatures, or coil windings that cause an excessive current draw, or magnets rubbing against other parts, causing increased internal friction. The starter may crank the engine slowly, noisily, or not at all as a result of this. A starter on the verge of failure may also engage for a short time before slipping.